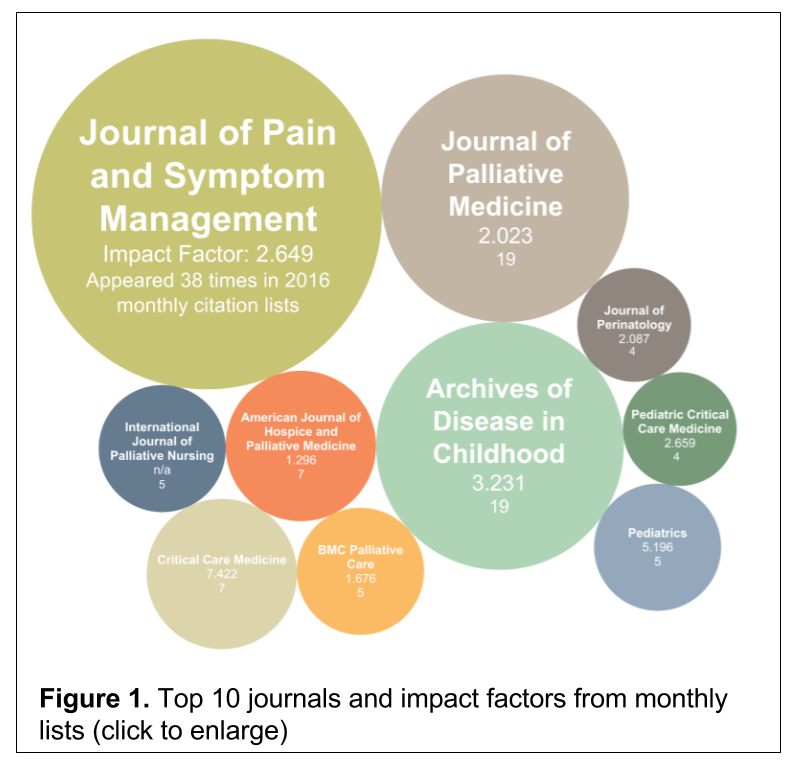 These info-graphics aim to categorize and communicate patterns found in PedPalASCNET’s monthly Trends in Pediatric Palliative Care Citation Lists (March-December 2016). We hope to inform the pediatric palliative research community about which journals are being published in most often; the impact factors assigned to those publications; and the most commonly reoccurring subject headings and keywords. In future we will create similar reports 1-2 times annually.

Every article from our monthly lists were grouped together and analyzed in OpenRefine according to their journals of publication, authors, publication years, subject headings and keywords, and impact factors. This involved pulling metadata from multiple databases, including PubMed, UBC’s Summon search engine, Web of Science, and Science Direct. 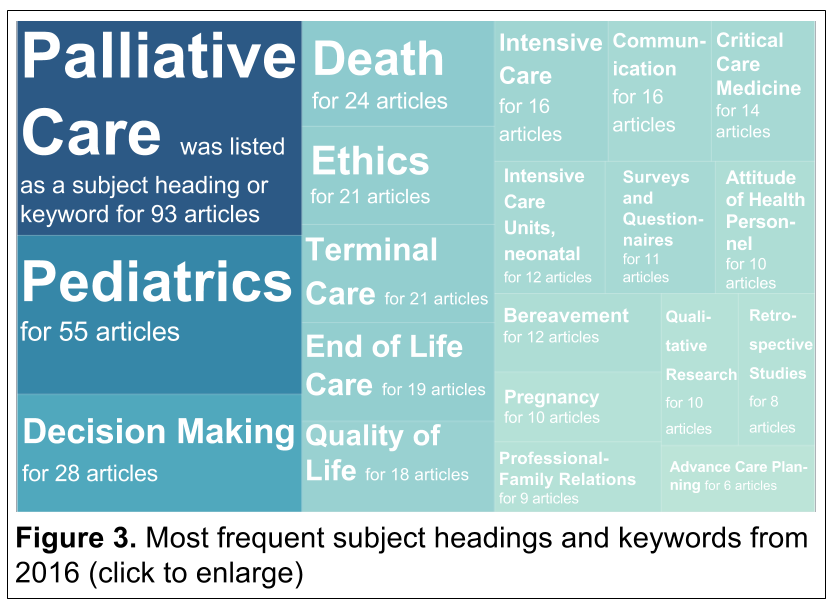 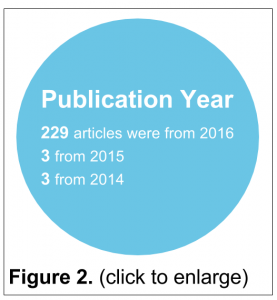 Out of 235 articles, 51 did not have subject headings or keywords, and certain publications had a very low percentage of articles with terms assigned. For example, 30 out of the 38 articles from the Journal of Pain and Symptom Management had neither. Duplicate articles were found in several of the months and were deleted accordingly. As a result, the total citation numbers from each month were not accurate and were excluded.

In total we found 235 articles from 104 different journals. The most prevalent patient populations are “infant/infant, newborn” and “child.” Notably, “ethics,” “decision making,” and “attitude of health personnel” appear among the top 20 keywords and subject headings (figure 3). The majority of articles were published in 2016 (figure 2). This mostly comes as a result of our research team preferring the most recent scholarship for the monthly lists. Lastly, we found that the most popular journals in the field (figure 1) do not necessarily correlate with the journals which have the highest impact factors (figure 4). 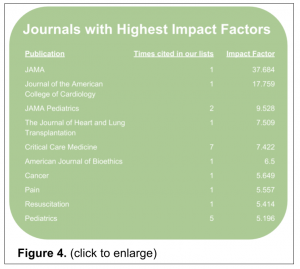